Family and friends of a 13-year-old orphan boy who was sucker-punched to death by two classmates are outraged to hear that they are free on bail to enjoy Christmas with their loved ones.

The juveniles, both 14, admitted to the killing of Diego Stolz earlier this month, more than a year after they punched the victim so hard that he hit his head against a pillar at Moreno Valley middle school.

Fellow students caught the bullying incident on cellphones and Stolz appeared to be peacefully standing when attacked by the killers.

After striking his head violently into the pillar, Stolz fell unconscious. But the juvenile suspects continued punching him as he lay motionless on the ground.

The victim remained comatose for nine days before succumbing to his brain injuries.

“They get to come home, celebrate Christmas, and be with their family. Diego doesn’t get that privilege,” community activist Alicia Espinoza said.

The bullies, who were not identified due to their age, were charged with involuntary manslaughter and assault with force likely to cause great bodily injury.

They will remain free on bond until their sentencing in February.

Doting boy stabbed to death by mentally ill older brother as he tried to console him: ‘Just drench...

Election results certified for Biden in Pennsylvania and Nevada...

Philadelphia boy, 12, fatally shot through front door while responding to someone calling him...

Virginia woman kills 3 children while another escaped, before turning gun on herself...

Son & mom accused of killing abusive dad who went missing 4 years before being found by dog...

Trump campaign thanks Pennsylvania judge who threw out lawsuit for helping reach the Supreme Court...

Hiker died for 45 minutes before being rescued from below-freezing Mount Rainier...

Americans to get Covid vaccinations on 11 or 12 of December; a day following FDA approval...

Triple homicide in Lawrenceville: 3 men shot to death; suspect on the run... 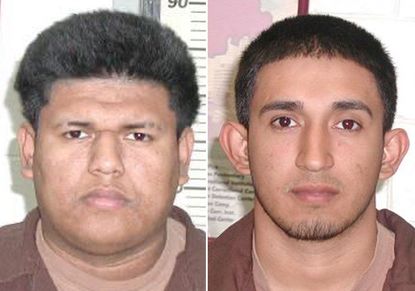